I’ve not been happy about many of the actions of our federal government since 2006. But our government’s treatment of a Canadian citizen in Egypt became the last straw. Mohamed Fahmy needs a passport so he can get married. So he has papers to allow him to travel more than two blocks in a country under military rule. So he can have basic mobility as a human being. And our government shrugs its shoulders and says “nope.”

And so on April 2, I wrote a letter to Minister of Foreign Affairs Rob Nicholson and Minister of Citizenship and Immigration Chris Alexander, as follows:

“Canadian citizens who have legal issues while travelling abroad remain Canadian citizens. At least that is my understanding. But over the last few years, my understanding of “being Canadian” and what my country means to us, its taxpaying citizens and residents (temporary or otherwise) is on shifting sand. Fairness is being replaced with suspicion. Problem-solving and negotiating skills are being eroded and an “us versus them” mentality is filling the empty, echoing space. Compassion has been kicked to the curb.

Minister Nicholson, as you already know, Mohamed Fahmy is a Canadian citizen and on-the-job news reporter who lost his Canadian passport unfairly and in a broken, likely corrupt, political and judicial system in Egypt. Even the presiding judge of the current review — no soft-hearted liberal by reputation — is unimpressed by the lack of credible evidence against him. Which is why he was granted bail after being jailed from the first flawed conviction. 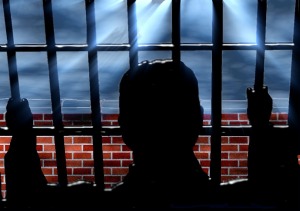 He needs a passport to replace the one confiscated when he was first arrested. He’s asked for a passport. I can’t help thinking that if his name happened to be Rob or Chris or Steve, a way would have been found to help him.

When asked yesterday at the House of Commons foreign affairs committee why you wouldn’t issue him a new passport, his travel-ban status was cited as the stumbling block. You suggested responsibility belonged to Minister Alexander to deliver. “Not my responsibility” is often a convenient refrain from this government.

And about that “travel-ban” status? A “travel ban” didn’t stop us in 1980. To save our American cousins hiding out in Iran during the revolution, Ambassador Ken Taylor could get fake Canadian passports for the U.S. diplomatic staff. He was hailed as a hero. And we can’t even get a real passport to a real Canadian? Shameful doesn’t even begin to describe this. And fury doesn’t begin to capture how I am feeling right now.

I expect much better of my government than a blanket refusal by federal ministers to even respond to questions in committee. And Minister Alexander, where are you in all of this? Mohamed Fahmy needs his government’s help. And we need to see that he gets it.”

I sent my letter to the two ministers and posted it on Facebook. Then I headed for our Haliburton cottage. Three days later, I arrived back home and online again. Given the responses posted to my Facebook page, it appears I’m not alone in my distaste for the Conservative government’s machinations. I am gratified by the wide range of Facebook Friends, from a diverse personal and political spectrum, who agree with me. There is something very wrong with where our nation sits these days. And in a time of increasingly complex and evolving global tensions and uncertainties, how good it would have been to see Canada take a leadership role in problem-solving and innovation.

We used to be able to see into the distance. To imagine how to broker peace. To hold to our values while being open to difference.

And no, we were never perfect — certainly not even at home did we always remember to treat Canada’s First Nation peoples with fairness and respect.

But since 2006, we’ve gone places and accepted changes that, in hindsight, have altered the bones of who we are as a nation. Time for some corrective surgery. On October 19, 2015, I will vote to get my Canada back.